With no formal training,

Before Pratiksha Paints, She ‘Sees’ it All in her No-mind

Sitting in front of her easel, Pratiksha Apurv applies a particular shade of colour and adds it to the large image coming to life. But she has already seen the shade selected and the completed painting on her no-mind’s eye. 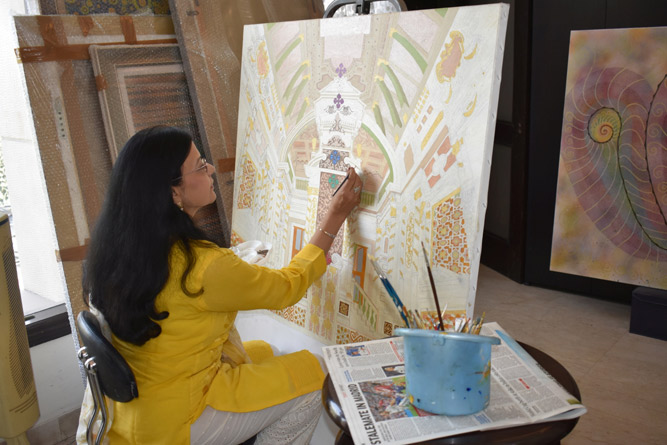 No-Mind? Yes, because she is deep in meditation or no-mind as she listens constantly to Osho, her guru and her uncle while she paints for eight hours every day without a holiday. She visualizes how his words can be presented in her painting with intricate patterns, filigree and figures that captivate the viewers. What is her secret? Her meditation that transports her into her inner space where she ‘sees’ what Osho is talking and what she is going to paint.

“Listening to Osho, I get lost. I’m not here, then painting just happens, I’m not painting but expressing my meditative experiences,’’ she says, “The colours relate to different chakras, energy centres, as the seven chakras have all different colours and it all depends on what is being painted.”

“Sometimes, I leave a painting unfinished until the inner voice tells me to work on it. Once, after painting the background and a god, the features of his face did not come until many months later. When they did, I finished the painting,” she added. 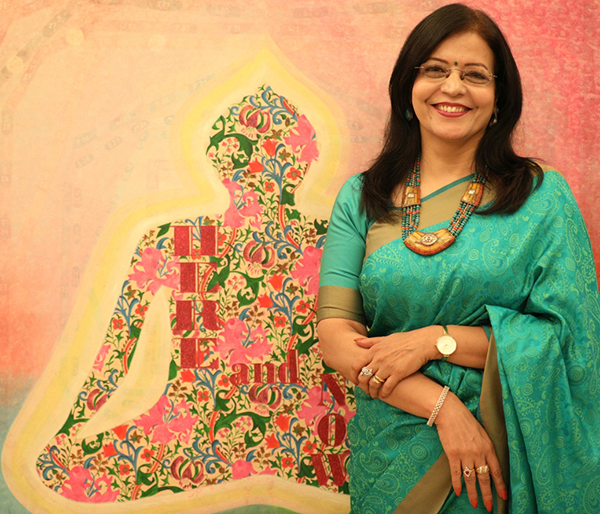 Her creativity just flows in mystical art. Without any formal training in fine art, she creates large, sometimes over ten feet, paintings with intricate patterns, filigree and figures that take up to three or more months to complete and then they captivate and mesmerize the viewers when she exhibits them.

Painting only at her eye-level, she has many works four or even six feet high and ten feet wide. So how does she manage this? “I just turn the canvas upside down to paint the top area and after I tell my mind to think in the same way, upside down,” she says simply.

Not paint or brush covering the canvas, her paintings depict what Osho is saying. “I become one with Osho and the canvas,” she explains, ‘My experience in meditation is so vast that it is not possible to express the peace and the bliss at all. Still, I try and also express it in words to share the meaning and background of what has been painted. But both the canvas and the words have limitations,” she maintains.

Her studio, indeed her entire home, has a special energy and the aura of Osho all over as she works in silence on up to three paintings. The unfinished paintings wait for her insight to complete them. Once she has finished her painting, she writes the background of what it depicts. Then the painting’s Image and her text are published in newspapers.

Starting to paint in 2003, she held her first exhibition titled Spiritual Odyssey in 2007 at AIFACS Gallery, New Delhi, inaugurated by the former Prime Minister Atal Bihari Vajpayee who was most impressed and inspired by her mystical art.

Her exhibitions have been inaugurated by Prime Minister Modi, President Pranab Mukerjee, Parliamentary Speaker Sumitra Mahajan and other equally distinguished dignitaries. Harmony and balance are the two recurring themes in her creations. Depicting these themes in two paintings – Unio Mystica and The Symphony of Richness – she highlighted the balance of inner and outer riches through the concept of Zero.

“The more zeros you add to your outer wealth, the more you get trapped in the cycle of greed and money mindedness. If you keep on adding zeros after one, you may become the richest man, but it will not make any difference to your inner world. The same zero, that is SHUNYA is OM, in your inner world will bring the balance, the real treasure for inner pilgrimage,” she writes.

“Osho calls the perfect balance of inner and outer richness as Zorba the Buddha. For him, Zorba represents the materialists of the world. Zorba enjoys the material comforts of what we call the outer world – food, drink, songs, plays and the wholeness of the world.

“Osho says Zorba is the beginning that is he is the foundation and the Buddha is the palace. Zorba is the rock out of which Buddha’s statue is carved. Buddha himself came to be Buddha because he lived the life of a Zorba, for this inner and outer richness which my painting describes,” she writes. For Pratiksha, her paintings are an attempt to express the inexpressible, and to offer a glimpse of ‘what is’ to potential seekers, regardless of their religion, creed or path.

When Pratiksha was eleven years old, she was gifted a set of a hundred coloured sketch pens by her uncle, the enlightened master Osho. This was in 1975, when he initiated her as his disciple at her own request. Osho advised her to draw with these imported pens. As she was good at drawing from her early years at school, she was thrilled. When she used these pens, she not only improved her drawing but also learnt about using and combining colours. The older women in her family taught her embroidery, crochet, knitting, stitching and other skills.

Growing up in the Pune commune, Pratiksha listened to Osho every day at a very impressionable age, took part in meditations and absorbed the powerful spiritual vibrations all around her. This Buddhfield was the most vibrant during that period when the master was at his highest energy. Following her master to USA, she continued be close to him until she returned to India in 1985.

A year later, she was inducted as a fashion designer in New Delhi when her husband Apurva started a design studio, Oshonik. Soon, her embroidery on kurtas (Indian shirts) became the rage for hundreds of fashion-conscious people. The main attraction was her blending of different colours and how to use them subtly to make a graceful impact in intricate patterns. But she never promoted her name. Former Prime Minister Vajpayee, percussionist Zakir Hussain, sarod player Amjad Ali Khan, former India’s cricket captain Kapil Dev, among other celebrities, happily wore her garments.

After working as a fashion designer for 15 years on the outer, she needed to work on her inner balance, and so started painting. Now she has published a coffee table book, ‘The Mystic and Her Colours’ containing her 59 paintings with her commentaries in 33 chapters. These paintings have elicited fascinating response from the buyers. A CEO said he sits in silence in front of her painting every day before starting work. And when a tricky decision has to be taken, he meditates before the painting.

An American couple bought her painting and hung it in their dining room. After a few weeks, she got a mail from the wife who wrote she was married for 30 years and every time they sat down to have a meal, there was a quarrel. After they hung the painting, no quarreling! These paintings exude peace and harmony. Her buyers are now among the billionaires since her works are sold in millions.

With no formal training as a fashion designer nor an artist, Pratiksha Apurv has excelled in both these fields. Listening to her master, she transforms his words into masterpieces. 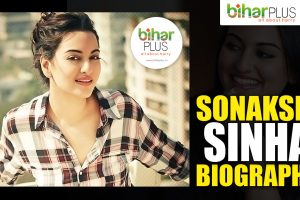 Sonakshi Sinha Biography, Dabangg heroine made its own identity I Biharplus News 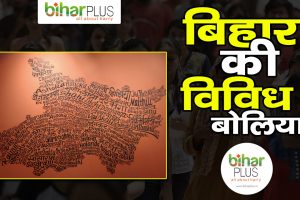 Know the history of the dialects of Bihar, you will also start respecting the Biharis I Biharplus News 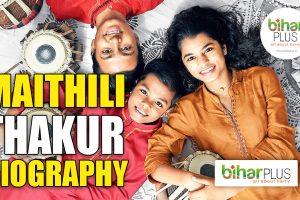 Sonakshi Sinha Biography, Dabangg heroine made its own identity I Biharplus News

Know the history of the dialects of Bihar, you will also start respecting the Biharis I Biharplus News